For investors in search of high-yielding stocks to boost fixed income, a major pitfall is that such companies may soon be slashing their payouts as the economic downturn continues to pose challenges for their businesses.

But for those who aren’t averse to a higher level of risk, one segment that’s always reliably available for locking in higher yields are companies in the middle of attempting to implement a turnaround. Such businesses often offer enticing yields.

But that, of course is also why there are added hazards. In a typical turnaround situation, companies try to cut their massive debt, or they’re dealing with a situation where disruptors are endangering their market share.

For those interested in trying their luck in this potentially perilous area of the market, here are our top three picks to consider:

America’s largest telecom operator, AT&T (NYSE:T), is a high-reward, albeit possibly high-risk bet. With an annual dividend yield now over 7%, it offers one of the best returns available from a blue-chip stock with a long track-record of paying dividends. 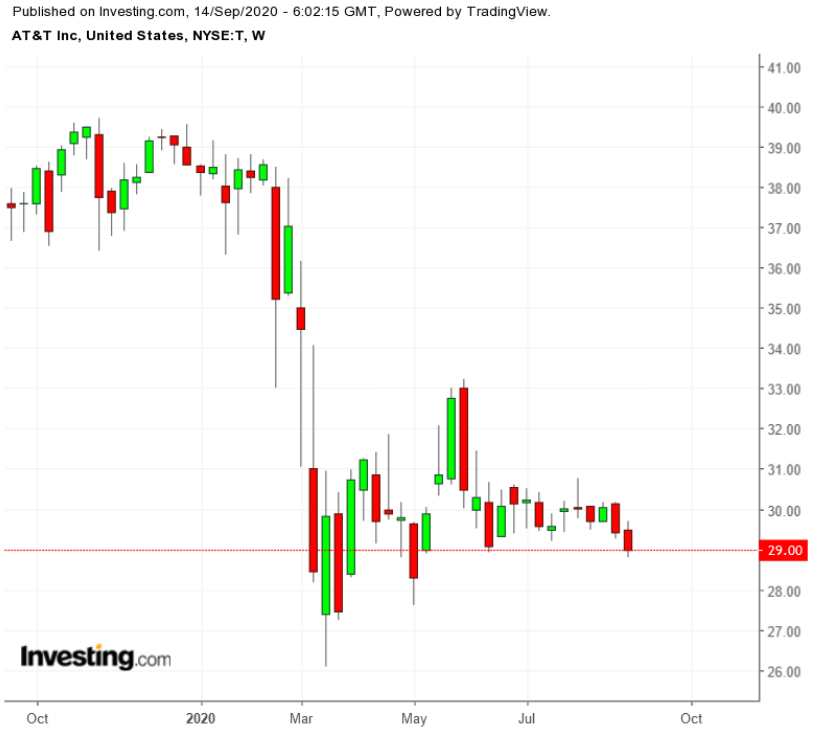 Shares of the Dallas-based company have fallen about 30% since the start of the year, closing Friday at $29.

There’s significant uncertainty accompanying AT&T’s robust return. The core operations of this iconic brand are struggling to produce growth, and the company has accumulated a huge load of debt.

Under new Chief Executive Officer John Stankey, who took the helm in July, AT&T is trying to trim its size after years of growing through acquisitions. The Wall Street Journal reported recently that the telecom is seeking to sell private equity investors the majority of its DirecTV satellite-television division. The divestment would help AT&T cope by getting rid of a major drag on its operations.

Last year, Elliott Management Corp., a hedge fund with an activist agenda and a $3.2-billion stake in AT&T, criticized the company for its blockbuster acquisitions, including its $85-billion deal to buy Time Warner assets which include HBO, CNN and Warner Brothers Studio. The hedge fund is pushing AT&T to sell the loss-making DirecTV unit and the company’s wireless operations in Mexico.

For investors, the risk at this point is whether AT&T will be able to successfully transform its business and compete with entertainment sector disruptors like Netflix (NASDAQ:NFLX) and Amazon (NASDAQ:AMZN), and if such a success would save its $0.52 a share quarterly payout.

The company has impressive scale in everything from drilling to refining to access to the U.S. shale region, but the giant is under immense pressure as demand for its products has collapsed because of the pandemic.

While the stock itself is unlikely to produce massive gains for investors, it remains a top pick for long-term energy bulls. 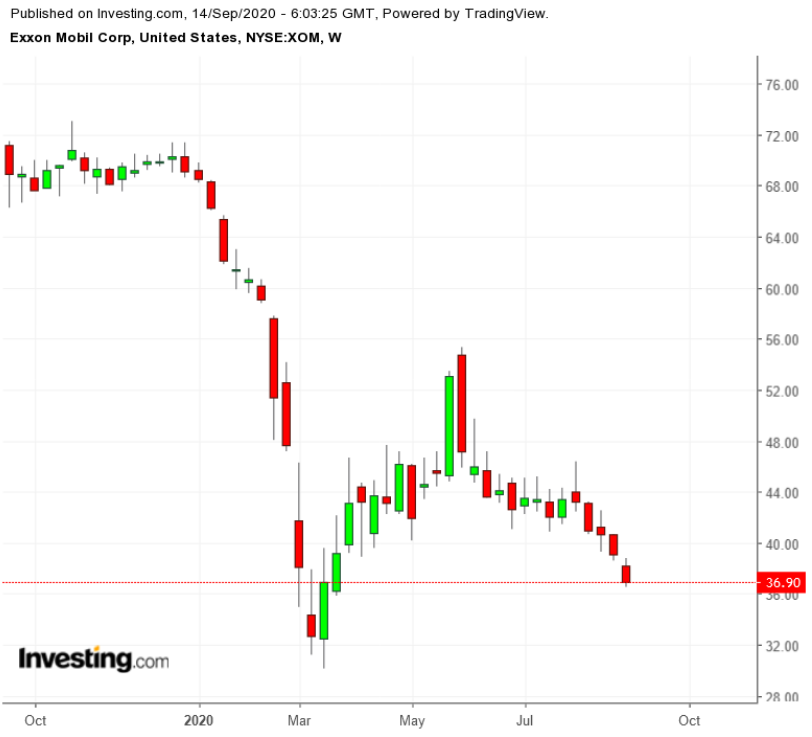 Shares, which closed Friday at $36.90, have plunged more than 40% this year, swelling the stock’s dividend yield to more than 9%.

The multinational oil and gas behemoth has so far resisted cutting its sacrosanct $0.87-a-share quarterly dividend. Analysts, however, are divided on whether the company will be able to sustain any cash payouts when its profit has been wiped out.

The Irving, Texas-based energy major posted back-to-back quarterly losses, most recently in July, for the first time this century. It reported a deficit of $1.1 billion, compared with a profit of $3.1 billion in the same period a year ago. Exxon also told investors it will delay its ambitious expansion plans in order to preserve cash.

However, buying the stock for its juicy payout also means you’re betting that the future of big oil companies is safe and that Exxon will continue to produce sufficient cash to cover its generous dividend.

The century-old tech giant, International Business Machines (NYSE:IBM) has been hovering at a crossroad for many years. Big Blue, as it’s sometimes referred to colloquially, is struggling as technology and consumer preferences rapidly evolve, depriving this tech-sector legacy company of its main sources of revenue.

IBM’s sales peaked in 2011 and free cash flows did so a year later. The company’s push to refocus IBM’s business toward the latest technologies, such as the cloud and artificial intelligence, has shown only mixed results so far.

During this period, IBM exited some markets, invested in cloud data centers and bought a number of companies to boost sales, bolster technology offerings and add troves of data to help train artificial intelligence (AI) algorithms.

Though IBM has so far been slow to capture a leading market share in these new areas of the digital economy, its healthy balance sheet, manageable debt and recurring cash flows make its dividend a relatively safe bet for income-oriented investors. 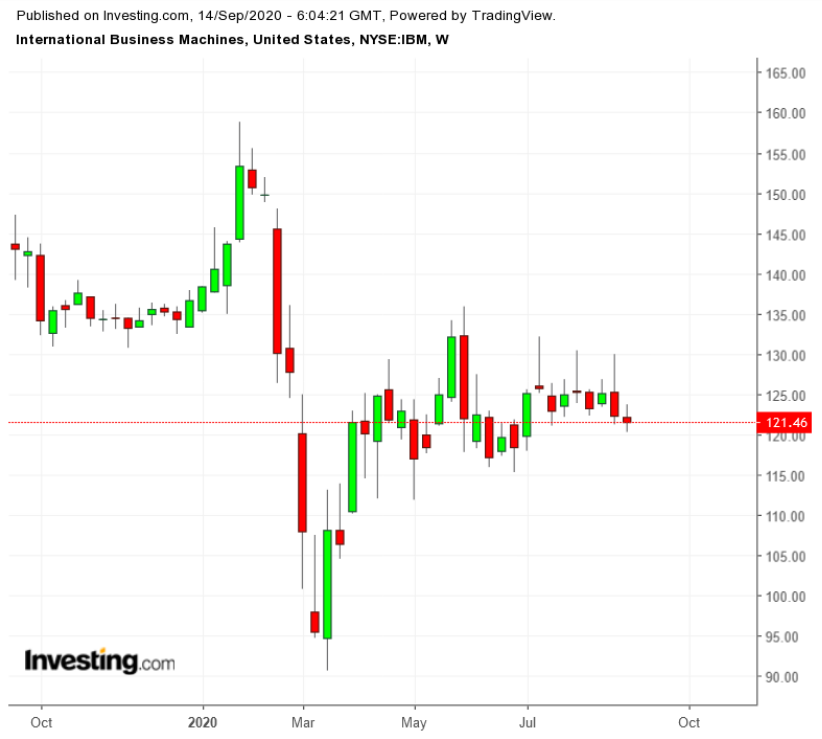 Investing in turnaround situations can produce huge returns over time. But such companies also carry added risk. As such investors should be extremely cautious about which high-yielding stocks to choose.