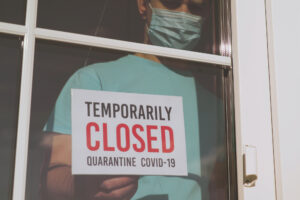 The new boss of the Financial Conduct Authority has fired a warning shot at banks over the way they treat small businesses when recovering billions of pounds of state-guaranteed debt accrued during the pandemic.

Nikhil Rathi told the Commons Treasury select committee yesterday that the regulator would be watching the recovery process closely.

In his first appearance before MPs since becoming chief executive last month, Mr Rathi, 41, said that he wanted to avoid a repeat of the scandals that followed the 2008-9 financial crisis. “If we are seeing activity which we believe is inconsistent with our rules, we will be supervising that closely and we will intervene,” he said.

Commercial lenders have issued more than £40 billion of debt through the government’s bounce back loan scheme, which is aimed at helping small businesses to survive the pandemic. Firms may secure low-interest loans of up to £50,000 and the debt comes with a 100 per cent state guarantee. Lenders can claim on the guarantee oonly once they have tried to recover the money, although the exact method has yet to be confirmed.

The way that banks treat small businesses will face fierce scrutiny. Natwest, formerly Royal Bank of Scotland, previously was embroiled in a scandal over the way its now-defunct GlobalRestructuring Group handled small companies. Lloyds Banking Group has been dogged by the fallout from a £245 million fraud at the Reading office of HBOS that led to businesses being damaged or destroyed.

“We’re well aware of the history here,” Mr Rathi said. “I think the banks are also well aware that they don’t want a repeat of what happened after the last financial crisis and hopefully collaboratively we can make sure that doesn’t happen.”