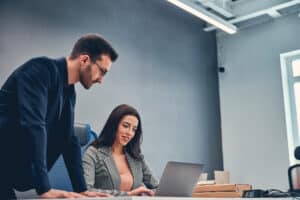 A campaign is being launched to give people the right to request flexible working from the first day in a job, after research suggested divisions in how employees are treated.

The Chartered Institute of Personnel and Development (CIPD), which represents human resources professionals, said the shift to working at home because of the coronavirus crisis has exposed a lack of flexible working opportunities for some.

Its survey of more than 2,000 workers found almost half do not have flexible working arrangements such as flexitime, part-time working, compressed hours or job shares.

The CIPD called for a change in law to make the right to request flexible working a day-one right for all employees. It also wants firms to stipulate in adverts that jobs can be done flexibly.

The survey suggests that while the pandemic has driven a huge increase in working from home, more than two in five employees have not done so since the beginning of the crisis.

Most said this is because the nature of their job does not allow them to.

A fifth of respondents said they work for organisations that do not offer any flexible working arrangements.

Peter Cheese, chief executive of the CIPD, said “While many have hailed the pandemic as a driver for the adoption of flexible working practices, particularly around home working, the reality for many is that this is not the case.

“Employees may not always be able to change where they work, but they should have more choice and a say in when and how they work.

He said being able to build in flexible working arrangements, such as changes to hours, term-time working or job shares, would “empower people to have greater control” in their working life.