Asos deal for Arcadia will see over 70 stores close 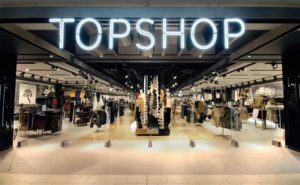 The boss of Asos has claimed that Topshop and other high street brands in Sir Philip Green’s collapsed empire have been “liberated” after the online retailer announced a £295 million deal to acquire them.

Nick Beighton’s fast-fashion group confirmed that it had bought Topshop, Topman, Miss Selfridge and HIIT from the administrators of Arcadia. Asos will take on only 300 head office staff responsible for buying and design. It will not take over any of the group’s 70 shops, meaning 2,500 jobs could be lost.

“The brands we’ve bought today have been liberated and kept in British hands,” Beighton, the chief executive, said. “We know this customer. We know this market. We have some of the best designers in London, some of the best brands available to twentysomething customers.”

He said the company would invest in the brands to “make them even better and give them the global profile they need”.

Asos was founded in 2000. It is now valued at £4.8 billion and is listed on Aim. The company employs 3,500 directly and 4,500 indirectly in Britain, mostly at its warehouse in South Yorkshire. It has benefited from the closure of store-based rivals during the pandemic and the shift to online. Profits quadrupled last year.

Arcadia’s collapse is the biggest corporate failure of the pandemic, putting 13,000 jobs at risk. Green bought the group for £850 million in 2002. It collapsed in November, owing creditors £750 million, after the challenges of increased competition, high store costs and controversy surrounding Green were capped by the forced closure of shops in the pandemic. Deloitte was appointed as the administrators.

Online retailers have been accused of having an unfair advantage over high street retailers because they do not have to pay high business rates on shops. Asos paid £28.8 million in tax last year on £3.3 billion of sales. Beighton said: “There are many businesses that pay business rates, that have a higher profit margin than Asos, that are super successful, so this is not an unfair advantage at all.”

The company said that it would consider taking space in the main Topshop shop on Oxford Street in central London from a third-party provider. However, Beighton said it was “unlikely” that Asos would buy the shop or take a lease.

“We’re online only. We’re really good at online,” he said. “The opportunity was presented to us if we would consider looking at the Oxford Street store. It’s certainly not our No 1 priority but we’ll have a look.”

Asos said that it saw “a significant opportunity to drive further growth for these brands globally”. The deal yesterday has stopped the brands from falling to foreign rivals. Shein, the Chinese fast-fashion online business, had shown interest.

Asos is planning to strengthen its partnership with Nordstrom, the American department store chain. The United States accounted for about 15 per cent of the online retailer’s sales last year.

Beighton said: “In North America, the strong London high street fast-fashion British brands resonate really well.” He said that the acquisitions of the four Arcadia labels — which had a combined revenue of £1 billion in 2019 — would “accelerate that trajectory”. Asos had already been selling Topshop’s goods on its website.

Analysts at Peel Hunt, the broker, said: “Topshop remains a relevant and key brand in Asos’s key market . . . There is no financial risk here. Asos will make strong financial returns on the transaction.”