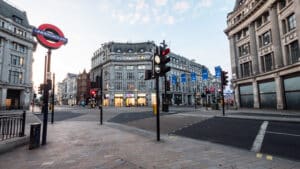 The economy will take another two years to recover from the pandemic, a leading think tank has warned.

The National Institute of Economic and Social Research said that GDP would expand by only 3.4 per cent in 2021, down from an earlier forecast of 5.9 per cent. It blamed “uncertainty about the path of the virus and the effectiveness of vaccines against strains.”

It struck a more cautious tone than other forecasters, including the Bank of England. Last week, the Bank pencilled in annual growth of 5 per cent and said that the economy would be back to its pre-pandemic size by early next year.

Hande Kucuk, a deputy director at the institute, said: “Despite the rollout of vaccines, Covid-19 will have long-lasting economic effects.” She added that by 2025 the economy would still be about 6 per cent lower than it would have been had Covid-19 never hit.

This would be the result of “lower consumption caused by higher unemployment, weaker business investment due to stressed balance sheets and uncertainty during the pandemic and the adoption of a trade and co-operation agreement with the EU which imposes more barriers to trade than before”.

The institute said that people would hold on to their savings because of fears about the economic outlook. Unemployment would rise as the job retention scheme ends. The jobless rate is expected to hit 7.5 per cent, or 2.5 million.

Forecast annual growth of 3.4 per cent this year is broadly in line with the United States, at 3.6 per cent, and the European Union, at 3.5 per cent. The global economy is expected to advance by 4.4 per cent, thanks to robust growth of 7.8 per cent in China.

“While we project that global GDP will regain its pre-pandemic level this year, GDP in China is already above that level. However major European economies and Japan are not expected to return to their pre-pandemic GDP levels until 2022 at the earliest,” the institute said.