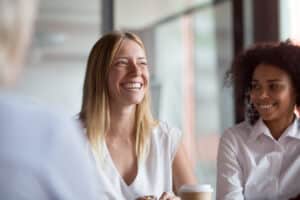 IPSE (the Association of Independent Professionals and the Self-Employed) has said that the changes to IR35 self-employed taxation coming into effect today are undermining the sector at the “worst possible time”.

IPSE research has shown that half of freelancers are planning to stop contracting in the UK after the changes – unless they can get contracts unaffected by them. Instead, they are planning to seek contracts abroad, stop working altogether, seek an employed role or retire within the next year.

Clients seem to be reacting badly to the changes too: nearly one in four contractors said in February that their clients were either uncertain or had made no indication of what they would do in response to the IR35 changes.

Andy Chamberlain, Director of Policy at IPSE (the Association of Independent Professionals and the Self-Employed), said: “The changes to IR35 would do serious harm to the self-employed sector at the best of times, but now they are adding drastic, unnecessary damage to the financial carnage of the pandemic – undermining the UK’s contractors at the worst possible time.

“The crucial problem with IR35 is still its complexity: in fact, it is so complex that HMRC has lost the majority of tribunals on its own legislation. And there remain serious doubts about the CEST tool HMRC designed to supposedly cut through this complexity – above all that it still does not account for one of the crucial deciders of IR35 status: mutuality of obligation.

“Now the changes to IR35 are shifting this complexity from contractors themselves onto their clients. The result is clear: chaos. Many clients are pushing all their contractors inside IR35 – against the rules of the legislation. Many more are only engaging contractors through umbrella companies, while others are scrapping their contractor workforces altogether – just when, as the economy opens up, they will need them most.

“IPSE have campaigned long and hard against these disastrous changes, securing delays and important concessions, but the government is determined to bring them in. We continue to urge government to rethink the changes. But now, as well as supporting our members, our other key concern is pushing government for a root and branch review and reform of self-employed taxation in the UK. IR35 is not an isolated problem: it is a marker of a tax system that was not built with the self-employed in mind. It is this that has to change – to make IR35 redundant and finally make taxation fairer and simpler for the self-employed.”